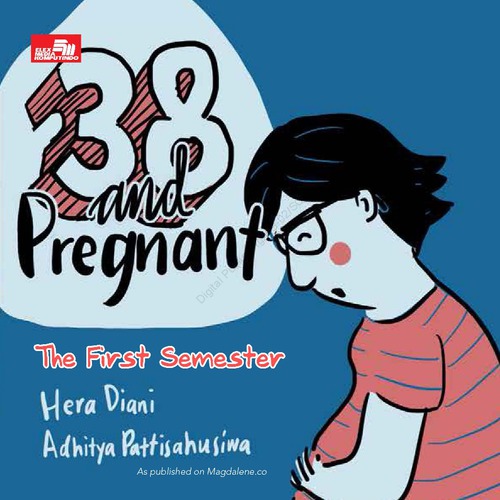 Taking the title of an MTV reality television series "16 and Pregnant", this graphic book presents an honest and witty account of a first pregnancy, an experience already fraught with problems for women in general, but even more so for one society usually labels as being already of a "mature" age.